What we’re going to do here is make another Entrance chunk for Act 2 Zone 2, otherwise known as the Salt Barrens. Most of the areas in Torchlight II are made up of level chunks, and the game uses these chunks to build a level. We do this in order to provide a randomized experience for people as they play the game multiple times. An Entrance is a special type of chunk where the player enters the area. Chunks should line up perfectly with other nearby chunks as the game uses them to build a level, so they all have to follow certain rules around their borders. Luckily, we have made a number of templates for various chunks so that you know where you can build. 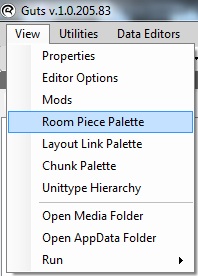 Make sure the Room Piece and Layout Link Palettes are open. 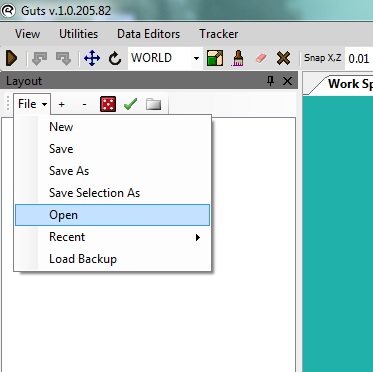 How to open a layout. 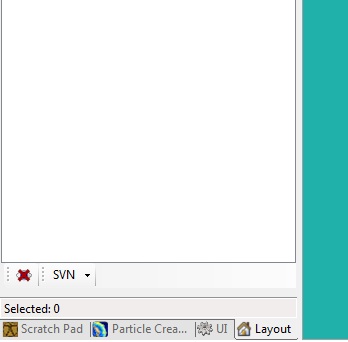 Make sure the Layout tab is selected.

Setting up the Template 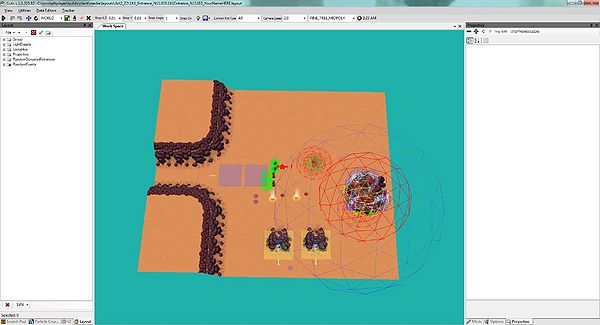 The top, right, and bottom edges need to match up perfectly with the chunks that will eventually get placed nearby, so you should make sure you leave those edges untouched. Later on, be sure to not put anything with collision right up against the edges. That could cause complications when this chunk gets randomly matched against another chunk. The left (west) side is not quite as important. Because it doesn't have to match up to another chunk, you don’t have to be quite so careful.

Checking your work after putting in the basic shape

In the v3 version of this layout, it’s pretty obvious that there are some issues right off the bat. If you hold control and then right click on a walkable space, you can play from there. Here are some screenshots of various problems. 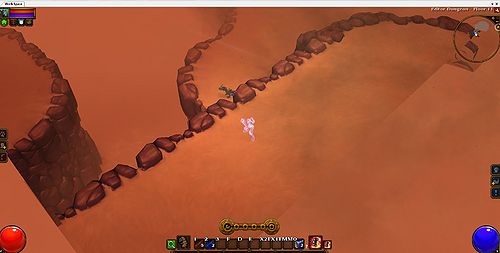 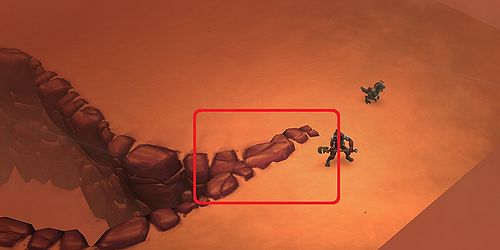 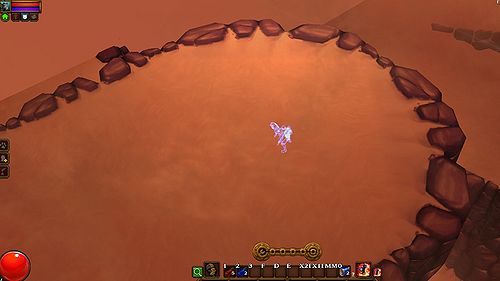 At this point, you can start adding some big blocking stuff to fix some of the issues that were discovered. You can also refine your ideas for your level as you work. Think of what you’re building as a story. There is a history to the area that is implied without words, and you are building that history as you go. Beings one of the features of the Salt Barrens is a large lake filled with ships, I figured I could do some foreshadowing of that by turning the relatively straightforward sandy ground at the bottom of the canyon into dried lakebed. You can do this quickly by picking on one of the pieces down below and pressing F4. This selects all of the same type of object. Then you can hold ctrl and deselect all of the objects that aren't part of the lakebed. Then find the Noshadow_desert_lake_bed piece in the palette and double click on it. You've now turned the bottom area into a lake bed! There are some large ships you can use to decorate the lower area. There are some layout links in the folder Props\z2Desert_Props\ that are good, and it would be a good idea to poke around and see what you can find in there. There is a \Randomized subfolder that has a lot of layout links that are good for decoration as well. They look cluttered when you place them, but they will only use a few of the decorations when you actually play in the level. This is a good time to place the layout link inside of the RandomEvents folder as well, as it’s pretty big and you’ll want to be able to fit one into the chunk. More info on Layout Links.

With this chunk being an Entrance, something special needs to be done so the player knows where to warp in, and what area this area connects to. First, open the Properties group and create a new layout link. Then in the Properties set that link to “MEDIA\LEVELSETS\PROPS\PORTALS\ACT2\SALTBARRENSTOVULTUREPASS.LAYOUT”. This chunk is in Salt Barrens, and it takes you to Vulture Pass, hence the “Salt Barrens to Vulture Pass” layout link. The second thing to do is to create a NoSpawn area. To do that, Right click on the Properties group, go to “Logic” and then pick Property Node. Rename it to “No Spawn” and then on the right under properties for Property Node, set the TYPE field to “No Spawn Region”. Then, scale the No Spawn Region to an area that’s large enough to cover a bit more than a screen’s worth of area. You do this by holding “C” and dragging the widgets, or by manually setting the Box Length and Box Width fields. 50x50 Is more than adequate. You want to put this in so that monsters don’t surround you just as you spawn into an area. Later on if you keep accidentally selecting this box in the editor, you can set the “Visible” property to False. Last, move the player start (located in the Properties group) in front of the newly created layout link with the entrance info in it. 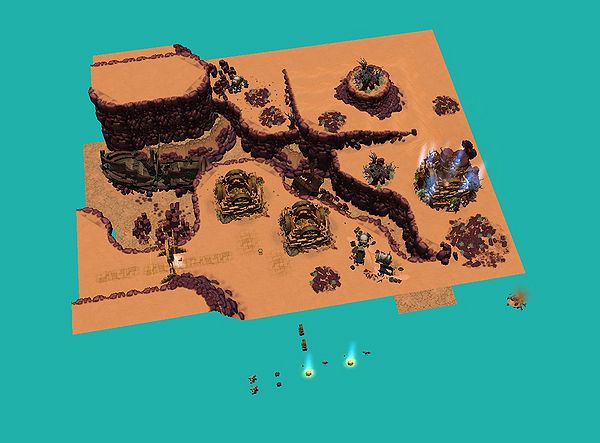 At this point it’s good to add all of those items that were dragged off to the side. Be sure to turn on helpers with ctrl+h so you don’t miss any. You don’t want to put loot too close to the entrance because it would be kind of lame to walk into an area and see a gold chest right away. You may want to delete the good chests (and the group that contains them!) out of an entrance chunk. I placed the Rocks object found in Lootables/Breakables in the north east area because that zone is fairly sandy and unpopulated. I placed the urns around the houses and sandstone path because it makes sense that a few urns would be there. If there were no man-made structures in the area, I’d probably just delete the urns. I also scaled the spawn areas to increase the area at which they would spawn and then sunk them into the ground so they weren't in the way. Don’t worry, they’ll still spawn if they’re underground. We’re not really going to get into scripting with this one, and the RandomEvents folder has the potential to contain something interesting and scripted in there. At this point we've matched the progress found in 1X1Entrance_N1S1E0_YourNameHERE_v5.layout.

At this point, you’re probably going to be doing a mix of moving around or adding big stuff as well as adding lots of small stuff. The easiest way to add small stuff is with the Brush Editor. You may want to go through the Using the Brush Tool tutorial before doing this part, as it will speed up the process of placing small objects. 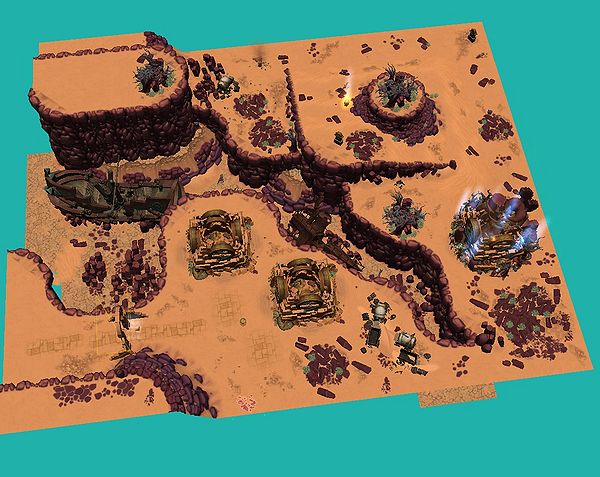 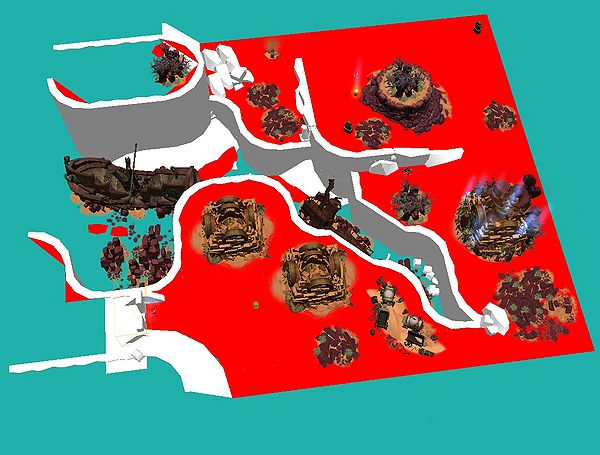 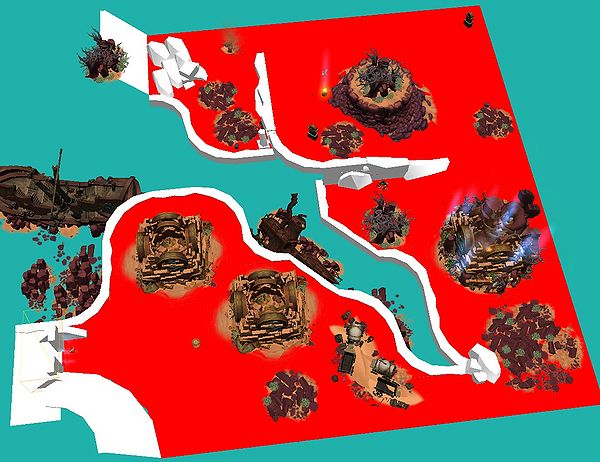 This area can get enemies and loot spawning in the red areas that are surrounded by white. The player can’t get back in there. What we’ll do to fix this is to put a Path Node Occupation box in that area. This makes pathnodes in that area invalid. This is also a type of property node. You can duplicate a Jump Down, change its type (and change its name so you don’t get confused) and make a new group for it called “Path Node Occupation”. You want this box to completely cover the red areas that are blocked off from the rest of the red areas, but you don’t want to cover any of the rest of the red areas, because then people won’t be able to walk there.